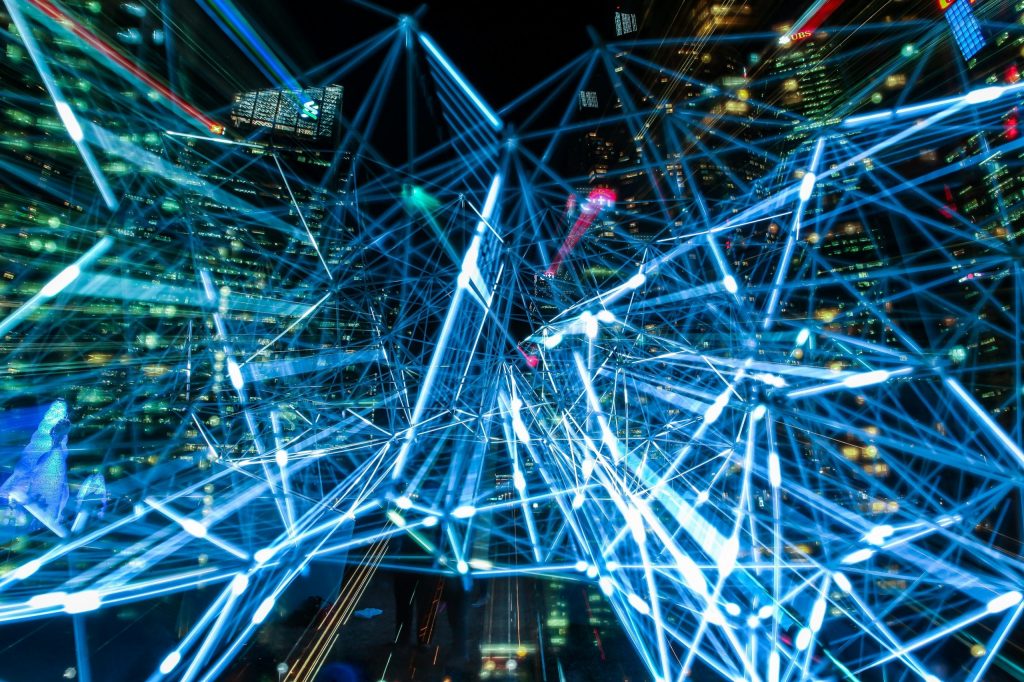 In the early 1990s, Blockchain arose from a scandal in record tampering that toppled a Nobel laureate’s career. Blockchain works as a visual chain, where each digital block contains a hash or a code that identifies information as well as the hash of a previous block.  The hash is made up of a string of seemingly random numbers and letters links up the different blocks giving blockchain its name. It exists as a public algorithm that converts raw input data into an encrypted code, and a digital ledger, for example, that arranges all Bitcoin transactions in chronological order. It is important to note that most cryptocurrencies are powered by blockchain technology, whereas blockchain is a distributed database system.

Once transactions are accepted in the blockchain, that data is immutable. Any valid requested transactions will result in a new entry at the end of the chain, and a new hash and block will be added linearly onto the chain. With a ​​decentralised nature of blockchain, anyone with internet access is able to download an open-source software and contribute to the network. Hence, the blockchain is maintained in an automated manner.

Where do Miners Come In?

Miners will validate waiting transactions, secure the network, and assemble the blocks in the digital ledger. Additionally, miners are defined as nodes, and are rewarded for their contributed processing power if they are able to find the valid block first. The system scales its difficulty to ensure that miners will take at least ten minutes to validate their transactions. Therefore, only six blocks can be found per hour.

A miner’s role in the network is that while it maintains and upkeeps a ledger, it protects the neutrality of the network and controls the supply of virtual coins. Mining is the medium in which the entire market reaches a consensus on whether the blockchain is valid and maintains the operation of the network. Any attempts to tamper with the data will be flagged out as each device on the network has a copy of the ledger which can determine if the transaction is invalid. If there are multiple flags on the network, the transaction will be denied and no changes will be made to the digital ledger.

That said, blockchain is also a tool that drug dealers and money launders exploit to commit money laundering or financing of terrorism activity. An individual is presented with a cryptographic public and private key, market players need not register or verify their identity to conduct transactions. This is primarily due to the pseudonymous nature of Blockchain, if not linked to their identity, transactions made by an unknown individual in the blockchain will not be linked back to them.

How does Blockchain Reduce Money Laundering?

While blockchain technology is still in its infancy stage, the development of a holistic blockchain solution has amazing potential to tackle and transform how regulators tackle money laundering and other financial crime. Here are some examples:

Reducing compliance costs means more resources can be allocated to developing a stronger compliance workforce or AML solutions. All of this, is a step towards a safe and secure financial system.

Blockchain is extremely secure and it provides the market with data integrity. This is extremely important for many kinds of record-keeping or transaction data. The authentication of digital assets is made simple with the fact that blockchain cannot be tampered with. It therefore significantly alters the approach that the industry will take to market security. Blockchain utilises smart contracts, self-executing contracts control execution, and ensures that no transaction can be reversed or changed.

Transparency in the Market

Blockchain transactions are publicly viewable; every user is assigned a unique public address. These public addresses are available; anyone with internet access will be able to view holdings and transactions associated with the public key. Along with it comes along a level of accountability that the industry has never seen before.

It allows for the tracking and surveillance of financial intermediaries and market players, which have the means to utilise customer funds anonymously or engage with malicious intentions.

While blockchain has untapped potential to tackle money laundering, it requires time for solutions to be fully developed and widely implemented in the regulatory landscape. Having said that, there are already solutions out there that can help the corporate world stay compliant with regulations.