Blockchain, The Next Step For Smart Cities 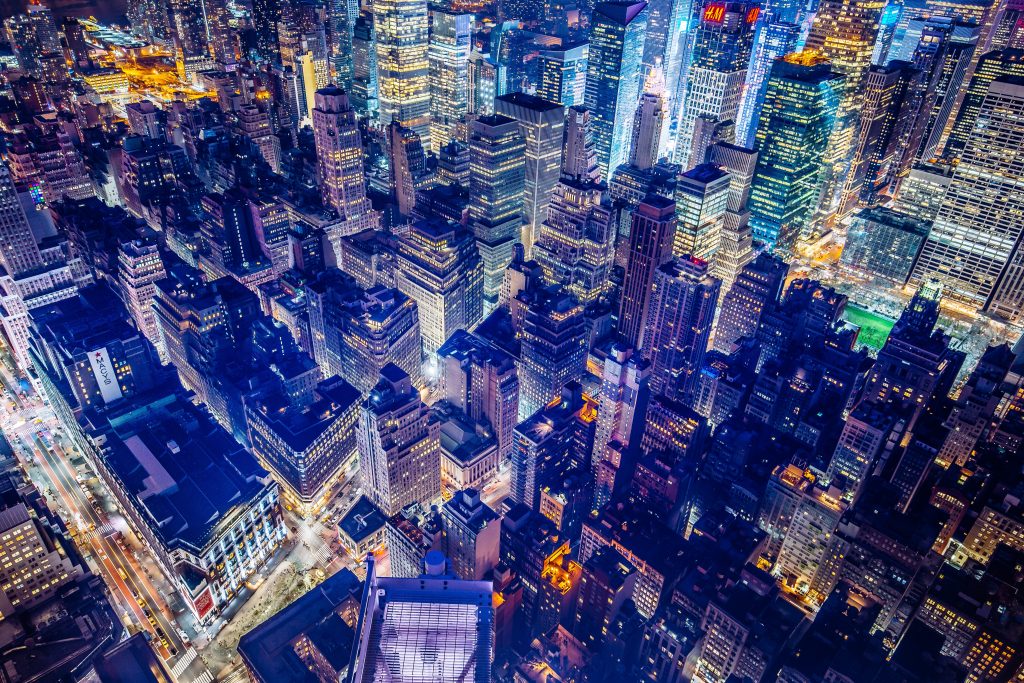 According to the United Nations, it is projected that 68% of the total global population will be living in urban areas by 2050. With this growing number of individuals moving to urban areas, efficient and effective management becomes increasingly essential for the sustainable development and growth of these urban areas.

In order to solve this need, planners worldwide are turning to the concept of smart cities. Loosely defined as a city that integrates a web of interconnected technologies to help improve the quality of life and solve problems, the creation of smart cities can help reduce the economic costs of supporting a large population while reducing societal issues.

Blockchain technology has the potential to drive many of the advancements that can improve the management of smart cities, among the numerous sorts of technologies that exist to help make cities ‘smart.’

As a distributed database, blockchain allows users to exchange data without the need for an intermediary. As the data is added as ‘blocks’ onto a ‘chain’, the data is stored chronologically and becomes immutable once the data is committed onto the blockchain.

By implementing blockchain technology into a smart city, communication and data sharing between government departments can be sped up. The data supplied can also be encrypted securely and privately by integrating cryptographical methods on the blockchain, ensuring that the recipient receives the data exactly as it was sent.

Furthermore, this technology can be expanded beyond data transfer within the government. Apart from communication, governments can also send out and receive documents from the public through the blockchain. With a blockchain system implemented, individuals will be able to submit all the documents they require during application processes on a single platform easily without the inclusion of a middleman. Cities such as Dubai are already attempting to utilize blockchain technology in this manner, indicating that such a system can be integrated into a smart city.

Aside from transferring data, blockchain technology can also help improve the data collection process for smart cities. By creating ledgers that track important data such as water usage, energy needs, carbon footprint and waste generated, relevant authorities will then be able to prioritise the differing needs and make supply chains more efficient. With the collection of waste and carbon footprint related data, governments can also hold businesses accountable by monitoring and creating levies proportional to how polluting a particular enterprise is to the environment.

At the same time, blockchain technology can also improve government transparency. Former U.S. President Barack Obama has once stated that “Government should be transparent” and that “information maintained by the Federal Government is a national asset” as transparency promotes accountability. As cities become larger, the efficient allocation of resources becomes a key metric that affects how well a city can thrive.

By using blockchain technology to track where resources (like money) are going, the government will be able to share information easily and allow the public to better understand where the funds are going. Furthermore, with the immutable nature of blockchains, the information transmitted will be verifiable and inalterable, ensuring that the public trust in the system is high.

By building on the immutable nature of blockchains, smart cities can use blockchain technology to create identification and other personal documents that are trustable and inalterable. In Singapore, for example, the government has founded “Healthcerts,” a mechanism that permits healthcare practitioners to issue and authenticate digital pre-departure test results that are mandatory by persons to travel internationally in the wake of the Covid-19 outbreak. By using blockchain to create platforms like these, governments worldwide will be able to issue non-forgeable digital documents with ease without fear of tampering by malicious individuals.

With blockchain technology, smart cities will be able to capitalise on self-operating smart contracts as well. In the Ethereum blockchain system, smart contracts allow users to specify the desired actions (such as a transaction to purchase a good) before executing automatically after the specified conditions in the contract are fulfilled. Smart cities will be able to enable self-executing, credible, and transparent transactions without the need for a third-party middleman by establishing a similar smart contract system. The smart contract system can streamline all types of transactions in the smart city, from transportation tickets to application fees.

The Future of Blockchain in Smart Cities

Everything You Need to Know About Liquidity Pools

Choosing The Right Compliance Solution For Your Company