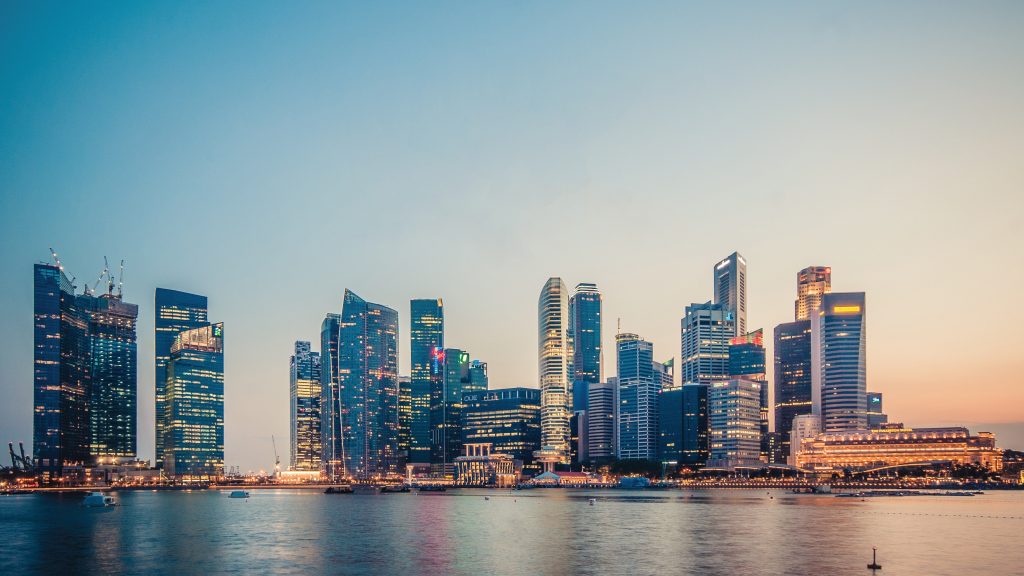 In 2020, Singapore launched the $12 million Singapore Blockchain Innovation Programme to strengthen and bolster growth in the local blockchain ecosystem. By collaborating with nearly 75 different companies, the programme aimed to conceptualise 17 blockchain-related projects in various sectors.

Combined with other efforts established to encourage blockchain development and adoption, Singapore has positioned itself as a hub for all things blockchain-related.

In fact, in the latest world crypto ranking conducted by Coincub for 2021 Q4, Singapore ranked as the world’s top crypto-ready country.

With so much buzz around blockchain technology in Singapore, let’s look at some of the exciting developments taking place.

When it comes to blockchain technology, one of the first things that comes to mind is cryptocurrency. In Singapore, 2 cryptocurrency projects have taken off: Litecoin and Zilliqa.

Developed 2 years after Bitcoin (in 2011), Litecoin is one of the pioneering cryptocurrencies and was founded in Singapore. As Litecoin was created to improve some of Bitcoin’s flaws, the functionalities between Bitcoin and Litecoin are pretty similar.

However, unlike Bitcoin, Litecoin has a supply cap of 84,000,000 (4 times of Bitcoin) and is known for having transaction times that are much faster than that of Bitcoin.

The Zilliqa network can support smart contracts and decentralised apps (Dapps), allowing it to work as a more efficient Ethereum replacement.

Project Ubin is a multi-year, 5-phase collaborative project led by the Monetary Authority of Singapore (MAS) to explore the use of blockchain and distributed ledger technology (DLT) for the clearing and settlement of payments and securities.

From creating prototypes that allow for inter-bank payment to be conducted through a blockchain to assessing how cross-border payments and settlements can be improved (together with the Bank of Canada and the Bank of England), the project helped further the understanding of how blockchain technology can be integrated smoothly into the current financial system.

By exploring the idea of a central bank-issued digital currency, Project Ubin has also helped to further confidence in blockchain and signalled the government’s willingness to adopt the technology wherever it applies.

In order to improve the experience of flying, Singapore Airlines has also capitalised on blockchain technology to revamp their loyalty rewards system. The tokenising of the miles allows flyers to access their reward miles easily for purchases, removing the need for conversions.

But the adoption of blockchain technology is not just about making financial transactions more convenient.

In order to make travelling during the pandemic more seamless, the Ministry of Health and the Government Technology Agency collaborated to create Healthcerts. Powered by OpenAttestation, an open-source framework that uses blockchain to issue cryptographically trustworthy documents, Healthcerts allows for the issuing of digital Pre-Departure Test results by healthcare providers.

As the data stored on the platform can not be tampered with, travellers will not be able to forge any documents, making it a secure and trustable platform that border authorities can use to help smoothen the pre and post-flight processes.

Singapore is also home to the first cross-border trade-related blockchain. Developed by Global eTrade Services (GeTS), the Open Trade Blockchain (OTB) is an easy to use network that allows businesses to transfer trade documents (like Certificates of Origin, Bills of Lading and invoices).

And much like Healthcerts, the blockchain technology ensures that no one can tamper with the documents once they are sent securely through the network.

The Future of Blockchain in Singapore

The potential and possibilities of blockchain technology will undoubtedly grow as the government continues to support its development. And with the increasing adoption, this technology is likely to form the backbone of Singapore’s smart nation strategy.

What is Blockchain Technology, and Why Do We Use It?

The Differences Between Proof of Work and Proof of Stake