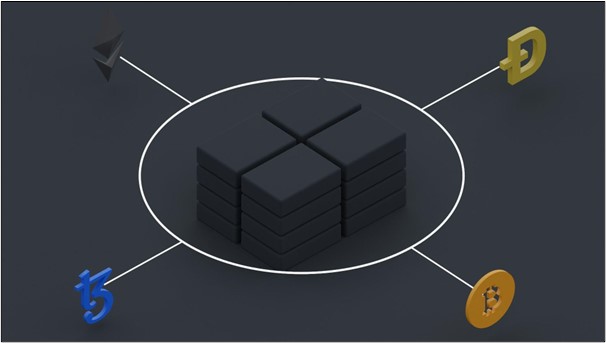 The goal of both multi-chain and cross-chain technology is the enabling of shared information and data transference of crypto assets to multiple blockchain networks. Depending on the volatility and incentive structure in the market, users will transfer their crypto assets from one blockchain to another using blockchain bridges.

A blockchain is a destination which users are looking to keep their crypto assets in and can be thought of as individual countries with their distinctive regulations and currency, in this case, using tokens (crypto asset) as currency.

A blockchain bridge is a connection between two blockchain networks that function as a transportation for crypto movement, just like a physical bridge connecting two sides of a road. Mostly, this bridge was created to resolve the former blockchain’s biggest limitation that brings about high congestion and transaction costs to users – interoperability; the ability to communicate with each other since blockchain is an isolated system that only works in its domain.

Following that, the difference between the two chains (multi-chain and cross-chain) lies in how the tokens are bridged from one blockchain to another.

Cross-chain is a technology that creates a network of connected blockchains. This will then enable a seamless connection between the isolated nature of blockchain, allowing for interoperability and movement without an intermediary or even a conversion process. An example of a cross-chain technology is Allbridge.

To illustrate, let’s look at an example of two blockchain networks – Blockchain A and Blockchain B.

Multi-chain technology, sometimes known as a Layer-0 Chain, is not to be mistaken with Multichain (previously known as Anyswap). It is a technology platform that will need projects to exist minimally on two blockchains concurrently. This means that developers or companies can build their blockchains (parachain) above the existing infrastructure and take advantage of the ecosystem to do a transaction, creating multiple layer-1 chains just like the building of lego.

These multiple layer-1 chains are then connected between the main hub (relay chain) and the blockchains to facilitate easier communication and simultaneous transactions across multiple blockchain networks. An example of a multi-chain technology is Polkadot. All things considered, the design of a multi-chain technology functions as a measure of the security problems of cross-chain bridges.

Despite the increased interoperability, both multi-chain and cross-chain technology still have their set of security limitations. This is evident in the attacks earlier this year – a 600 million USD hack on Axie Infinity’s Ronin sidechain, a 325 million USD attack on Solana’s Wormhole, and a 100 million hack on Harmony’s Horizon bridge. These cases show the vulnerability of the ecosystem and that it would need more solutions to circumvent it.

Both technologies are important in the blockchain networks as they complement each other’s strengths and shortcomings. Both cross-chain and multi-chain technology benefits users in terms of lower cost, higher scalability, high speed, lower network congestion and immediate process of transaction. As a result of the chain limitations, new solutions will be developed to expand the capabilities of the blockchains and to create an ecosystem that interacts smoothly. With the reliability of bridges and chains, the crypto ecosystem will eventually be much more comprehensive and accessible for users to build their wealth.

Does Decentralised Finance Need Something More?