The Timeline to FTX Collapse 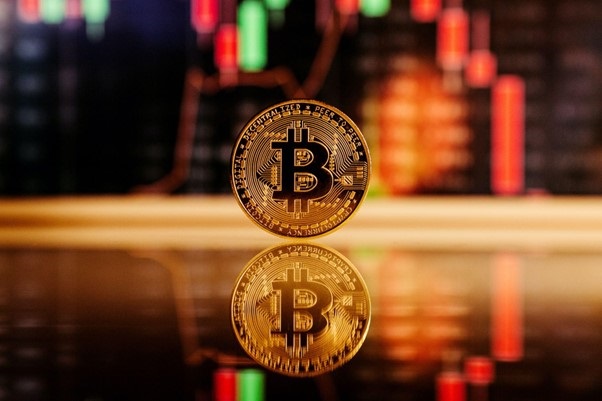 FTX (Futures Exchange) was a centralised cryptocurrency exchange specialising in derivatives and leveraged products. FTX’s primary product offerings included futures, leveraged tokens, options, MOVE contracts, and spot markets. U.S. citizens can trade on FTX US instead of FTX, which was based in the Bahamas and did not cater to them.

The FTX collapse occurred during a 10-day period in November 2022, shaking the uncertain cryptocurrency market, which lost billions of dollars in value and fell below $1 trillion.

What Happened Exactly to FTX?

The collapse of FTX happened over a 10-day span in November 2022. The issue was sparked by a CoinDesk report from November 2 that showed Alameda Research, the quant trading company also run by Bankman-Fried, with a $5 billion position in FTT, the FTX native token.

The study found that Alameda’s investment base was FTT, the token created by its sister company, rather than fiat money or cryptocurrencies. That raised questions about Bankman-enterprises’ Fried’s unreported leverage and solvency throughout the cryptocurrency sector.

The following day, FTX was going through a liquidity crisis. Bankman-Fried put an attempt to reassure FTX investors that their assets were secure. In the days following CoinDesk’s revelation, consumers demanded withdrawals totaling $6 billion. Before resorting to Binance, Bankman-Fried looked for more funding from venture capitalists. Meanwhile, FTT’s value decreased by 80% in just two days.

The world’s largest cryptocurrency exchange, Binance, effectively bailed out its close rival by purchasing the non-U.S. business of FTX for an undisclosed sum on Nov. 8 when it said it had struck a non-binding agreement to do so.

The promise of rescue was only temporary, as Binance withdrew from the agreement the next day. The exchange announced on Nov. 9 that it would cancel the FTX deal after corporate due diligence revealed concerns about, amongst other things, the improper handling of customer funds.

FTX Assets Frozen and Other Implications

The Bahamas Securities Commission seized the assets of FTX Digital Markets, FTX’s Bahamian affiliate, on November 10 in response to reports that Bankman-Fried was seeking up to $8 billion in funding to salvage the exchange. An investigation into FTX had started the same day, based on the California Department of Financial Protection and Innovation.

Bankman-Fried apologised for FTX’s non-U.S. exchange’s failure to satisfy customer demand on Twitter and recognized the liquidity issue. Bankman-Fried claims that due to “bad internal labelling,” FTX estimated leverage and liquidity improperly. In the same conversation, he said that Alameda would discontinue trading.

Bankman-Fried Steps Down as CEO; FTX Files for Bankruptcy

On November 11, Bankman-Fried resigned as CEO of FTX and was succeeded by John J. Ray III, who had previously guided the energy trading company Enron through bankruptcy procedures.

Within hours after filing for bankruptcy, FTX claimed it had been the subject of “unauthorised transactions” and that it would move its digital assets to cold storage for security concerns. Researchers from independent businesses claim that the purported hack may have led to the theft of $477 million from FTX.

On November 18, the Securities Commission of the Bahamas (SCB) assumed control over the digital currency holdings of the defunct exchange FTX. To protect creditors, the SCB claimed it gave Bankman-Fried the order to transfer cryptocurrency assets to the regulator’s wallet.

What exactly is the FTX lawsuit?

US cryptocurrency investors sued the creator of FTX and several celebrities who supported his exchange, alleging that they engaged in deceptive practices to promote FTX yield-bearing digital currency accounts.

Future of FTX and Consequences of Collapse

As a cryptocurrency exchange, FTX’s future is in grave danger. Withdrawals have been prohibited as of mid-November 2022, and a notice on the FTX website states that the corporation “strongly advice[s] against depositing.”

It will take time for the wider repercussions of the FTX debacle on the bitcoin market to become apparent. Investors may become even more hesitant because of FTX, the biggest collapse in the short history of cryptocurrencies, who are already wary because of worries about stability and security.

Customers using the FTX platform might not get their assets back, which could lead to legal action. The failure of FTX may prompt the U.S. Securities and Exchange Commission (SEC) and other regulators to increase their scrutiny of cryptocurrencies, and Congress may feel increased pressure to intervene and pass new legislation regulating digital tokens and exchanges.

The shocking collapse of the third-largest exchange in terms of volume will cause ripple effects throughout the cryptocurrency community for some time.

Crypto firm BlockFi files for bankruptcy as FTX fallout spreads. There has been a spike in withdrawals on crypto exchanges such as Kraken, Crypto.com and Coinbase. Customer withdrawals from Genesis Global Capital’s cryptocurrency lending unit have been suspended. And the collateral harm has probably only just begun.

What Is Proof of Reserves and How it Works?